To build the project, select Build and Build <output filename>. 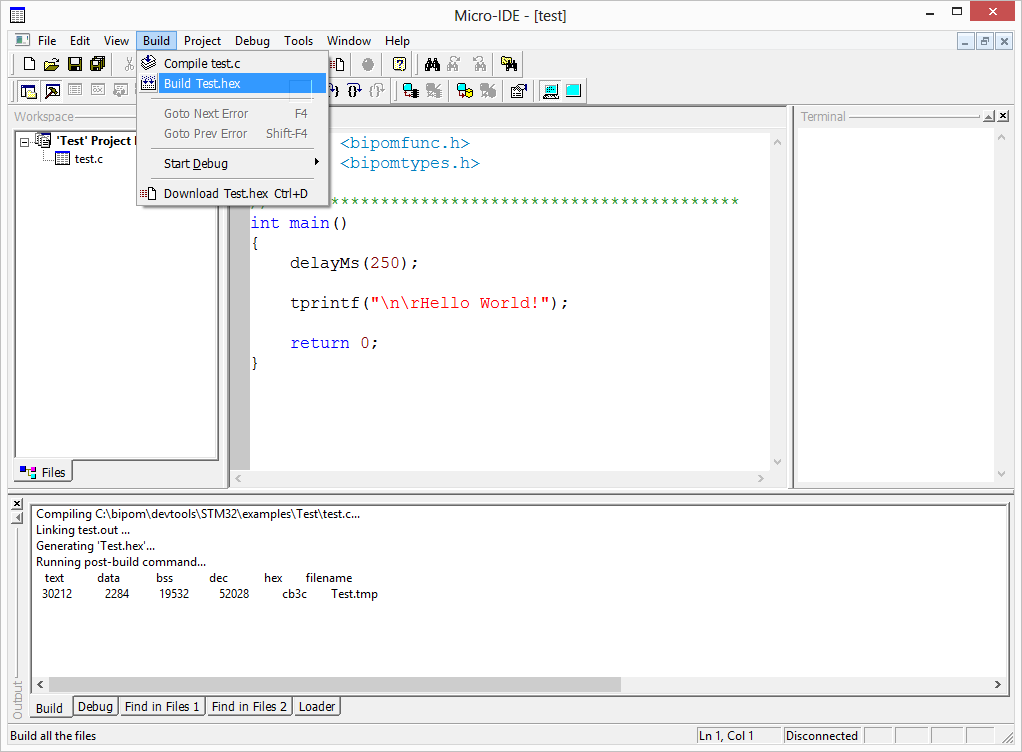 This will process and build all the files that constitute the project using the Build steps that have been defined in Project Settings.

The result of the build process will be indicated in Output window: 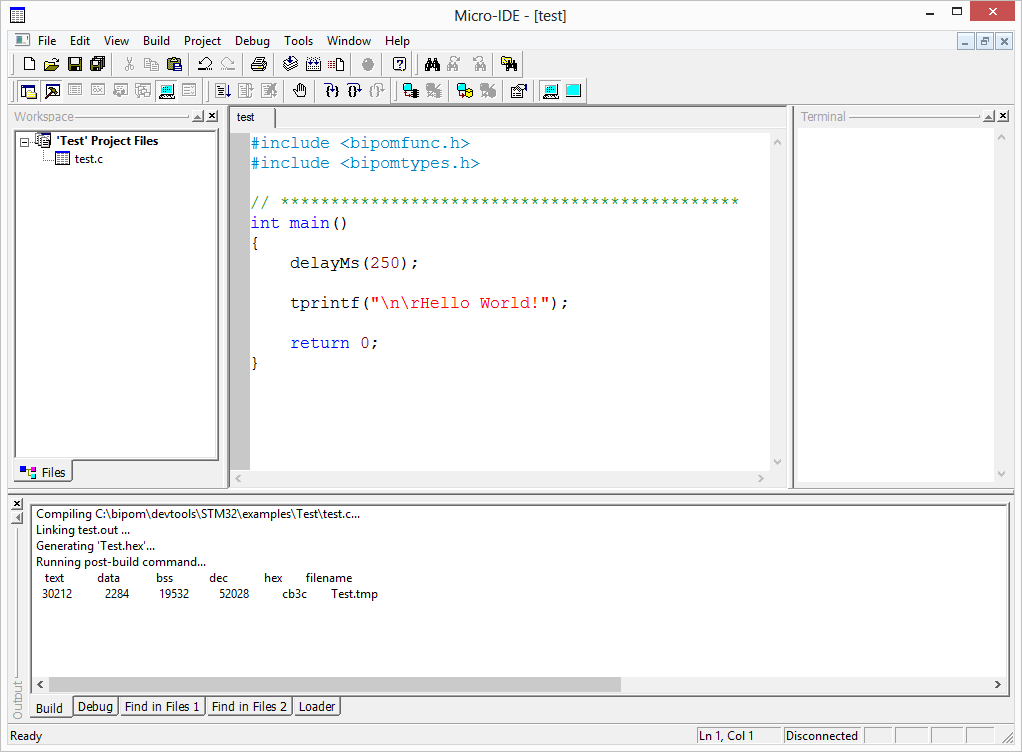 If compiler reported an errors, you can see the line numbers where the errors occurred and correct them.If build was completed successfully, then an output file (usually .HEX file) was generated.This file contains executable code; you can download it to the board and run it.The next chapter describes how to do this.

The difference between Compile and Build is that Compile onlycompiles the current source file. It does not generate any outputfile. This is useful to perform a quick compile of the currentsource file to see any errors ( for example, syntax errors ). Buildcompiles all the source files and generates an output file that isready to download to the target board. Build generates a morecomprehensive list of errors because linker and assembler errors maybe generated in addition to Compile errors as a result of Buildoperation.